🌅 #sunset
"If you love what you do, you will never work another day in your life" ~Confucius

Very interesting concepts here.  Yet I wonder if technology is taking us to places we don’t want to go.  And how technology is changing society.

This certainly will help me with my left knee problem I currently have. And I am sure I should be able to to do more hiking, specially in the winter that I like snow shoeing.

The most commonly cited reason for stretching the iliotibial (IT) Band is to alleviate knee pain. Before we can state the best way to stretch it, we need to talk about what the IT band is, and then how it influences knee pain.

What is the IT band?

It’s imperative to note the IT band is not a muscle. I’m not sure if people realize this or not, but based on the way people talk about it, and talk about stretching it, I’m pretty sure people often think of the IT band as if it were like any other muscle.

Multiple muscles insert into the IT band. So rather than the IT band being a muscle itself, it is a band made of other muscles. The two big muscles comprising the IT band are the gluteus maximus (GM) and tensor fascia latae (TFL). 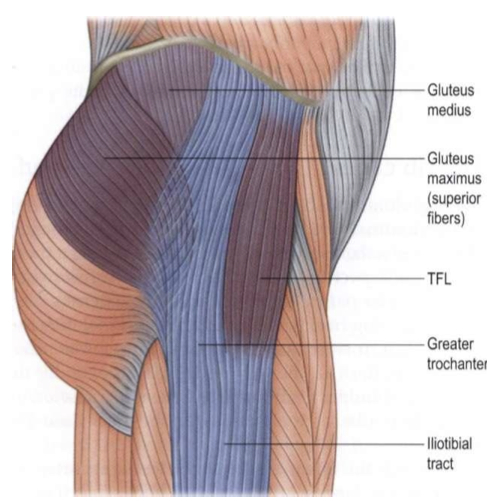 From Anatomy Trains by Tom…

There is something about this picture that I really love. I took it with the GoPro and I can’t stop looking at it!

This is such a very good view, the perspective of an eagle flying.  Very interesting!